England is revocing the independence of the United States of America!

NOTICE OF REVOCATION OF INDEPENDENCE

To the citizens of the United States of America,

In the light of your failure to elect a President of the USA and thus to govern yourselves, we hereby give notice of the revocation of your independence, effective today. Her Sovereign Majesty Queen Elizabeth II will resume monarchial duties over all states, commonwealths and other territories. Except Utah, which she does not fancy. Your new prime minister (The rt. hon. Tony Blair, MP for the 97.85% of you who have until now been unaware that there is a world outside your borders) will appoint a minister for America without the need for further elections.

Congress and the Senate will be disbanded. A questionnaire will be circulated next year to determine whether any of you noticed.

To aid in the transition to a British Crown Dependency, the following rules are introduced with immediate effect:

1. You should look up "revocation" in the Oxford English Dictionary. Then look up "aluminium". Check the pronunciation guide. You will be amazed at just how wrongly you have been pronouncing it. Generally, you should raise your vocabulary to acceptable levels. Look up "vocabulary". Using the same twenty seven words interspersed with filler noises such as "like" and "you know" is an unacceptable and inefficient form of communication. Look up "interspersed".

2. There is no such thing as "US English". We will let Microsoft know on your behalf.

3. You should learn to distinguish the English and Australian accents. It really isn't that hard.

4. Hollywood will be required occasionally to cast English actors as the good guys.

5. You should relearn your original national anthem, "God Save The Queen", but only after fully carrying out task 1. We would not want you to get confused and give up half way through.

6. You should stop playing American "football". There is only one kind of football. What you refer to as American "football" is not a very good game. The 2.15% of you who are aware that there is a world outside your borders may have noticed that no one else plays "American" football. You will no longer be allowed to play it, and should instead play proper football. Initially, it would be best if you played with the girls. It is a difficult game. Those of you brave enough will, in time, be allowed to play rugby (which is similar to American "football", but does not involve stopping for a rest every twenty seconds or wearing full kevlar body armour like nancies). We are hoping to get together at least a US rugby sevens side by 2005.

7. You should declare war on Quebec and France, using nuclear weapons if they give you any merde. The 98.85% of you who were not aware that there is a world outside your borders should count yourselves lucky. The Russians have never been the bad guys. "Merde" is French for "shit".

8. July 4th is no longer a public holiday. November 8th will be a new national holiday, but only in England. It will be called "Indecisive Day".

9. All American cars are hereby banned. It is for your own good. When we show you German cars, you will understand what we mean.

10. Please tell us who killed JFK. It's been driving us crazy. 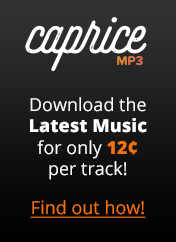